A dedicated group of clinicians and population health experts with a passion to improve health care outcomes and deliver results. 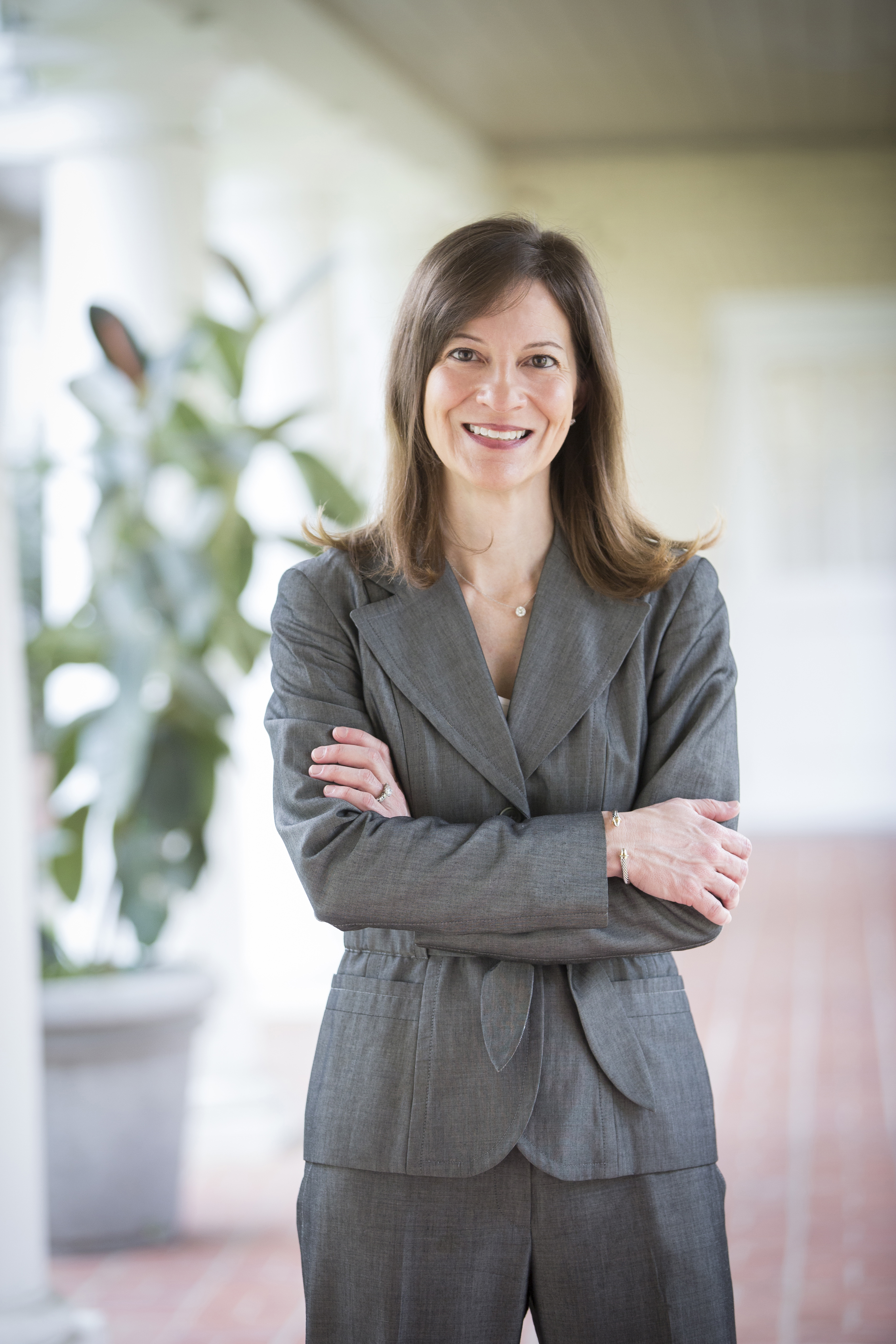 Dr. Stephanie Mills serves as president of inHealth Strategies, an Innovation Institute Company, which evolved from the growth and development of Franciscan Health and Wellness Services—a population health consulting company of the Franciscan Missionaries of Our Lady Health System. Under Dr. Mills’ leadership, FMOL Health System created the Healthy Lives program, a comprehensive health and wellness service, which provided population-based analytics, health risk assessments and screenings, customized wellness programming, holistic health coaching, patient-centered medical homes and consulting to clients throughout the US. Dr. Mills joined FMOLHS as the Chief Information Officer and Chief Medical Information Officer, and also served as the Vice President of Quality and Health Care Innovation. She practiced pediatric emergency medicine and served as Medical Director of the Pediatric Emergency Department at Our Lady of the Lake Regional Medical Center, a FMOL Health System subsidiary. Dr. Mills received a Bachelor of Science from Louisiana State University, earned a Doctor of Medicine from The Johns Hopkins University School of Medicine, completed her pediatric training at Baylor College of Medicine and Texas Children’s Hospital, and received a Masters in Health Care Management from Harvard University. Dr. Mills is invited to speak nationally regarding her experiences in health care IT, clinical transformation, and population health management. 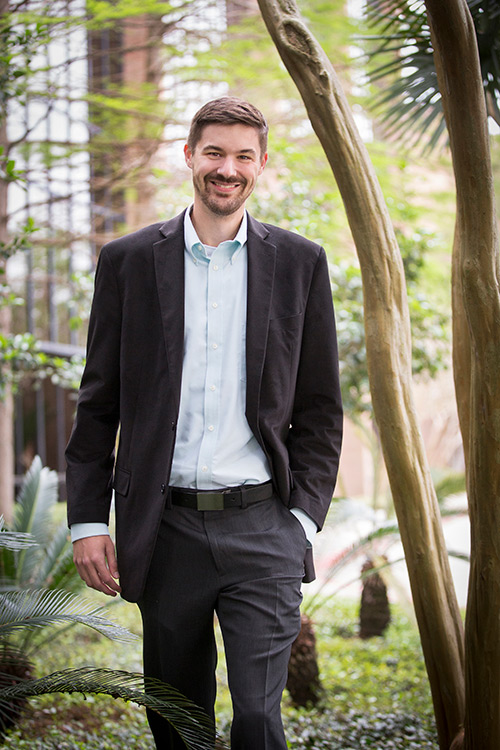 Andy Allen is a partner with inHealth Strategies overseeing company operations and existing client relationships. Prior to becoming a partner, Andy served as a principal consultant focused on new client implementations, community initiatives, and strategic and population health consulting. He is the former Outreach Officer for the Mayor-President of Baton Rouge. While serving in the administration, he directed the Mayor’s Healthy City Initiative and led a multi-sectoral coalition of more than 75 partners in crafting and implementing a first-in-the-nation joint Community Health Needs Assessment and Implementation Strategy. During this time, the organization received multiple national awards and recognitions, including the 2015 American Hospital Association’s NOVA Award and designation as a 2014 Robert Wood Johnson Foundation Culture of Health Prize Finalist.

Andy graduated Summa Cum Laude from The College of William and Mary in Williamsburg, Virginia in 2011. In 2015, he was named one of the Baton Rouge Business Report’s ‘Top Forty Under 40’ and completed his Master of Business Administration degree in 2016. In 2019, after three years in the program, Andy became a part of the inaugural alumni cohort of the Robert Wood Johnson Foundation Culture of Health Leader program. He also serves as a Planning Commissioner for East Baton Rouge Parish where he and his wife, Lauren, live. They enjoy traveling together, adventuring outdoors and getting themselves in trouble with overly ambitious do-it-yourself projects. 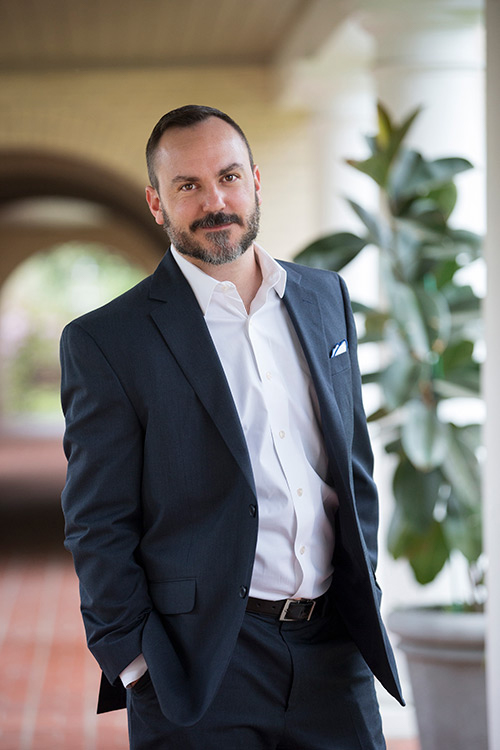 Jeff Soileau is a partner with inHealth Strategies leading product, program and business development initiatives. Previously, Jeff served as a principal consultant focused on population health and wellbeing design, assessment, implementation and operation. He is an LSU alumnus where he received a Master of Science degree in exercise physiology and a Bachelor of Science degree in kinesiology. Before joining inHealth, Jeff served as the Health & Wellness Program Manager for Franciscan Health & Wellness Services, the wellness division of the Franciscan Missionaries of Our Lady Health System. There, he designed, launched and led wellness programming and education such as the Farm to Work program—providing locally sourced fresh produce to promote and expand healthy eating options for businesses throughout Louisiana. Jeff has served as chair of the Healthy BR division of the Mayor’s Healthy City Initiative in Baton Rouge and was a founding board member and past-president for Girls on the Run of South Louisiana. He is highly valued as a speaker and well-being facilitator. An avid endurance runner, Jeff recently completed his first fifty mile ultramarathon. 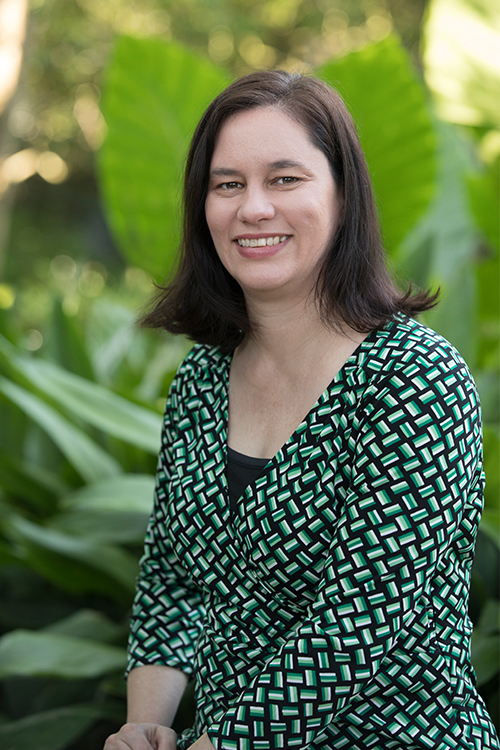 Edie Dupuy serves as a principal consultant for inHealth Strategies, responsible for analytics. Edie brings to inHealth over fifteen years of experience in the healthcare industry. Through a variety of software platforms, she works to deliver business intelligence solutions that help improve efficiency and patient care. Before joining inHealth she worked at the Franciscan Missionaries of Our Lady Health System as an Epic certified project manager. She led the development team for reporting including the conversion from Cerner reporting to Epic reporting. Prior to the conversion she was part of the enterprise analytic applications team. A Louisiana native, Edie has a bachelor’s degree from Louisiana State University in Quantitative Business Analysis and holds multiple Epic certifications. In her free time, Edie enjoys reading and spending time with her family. 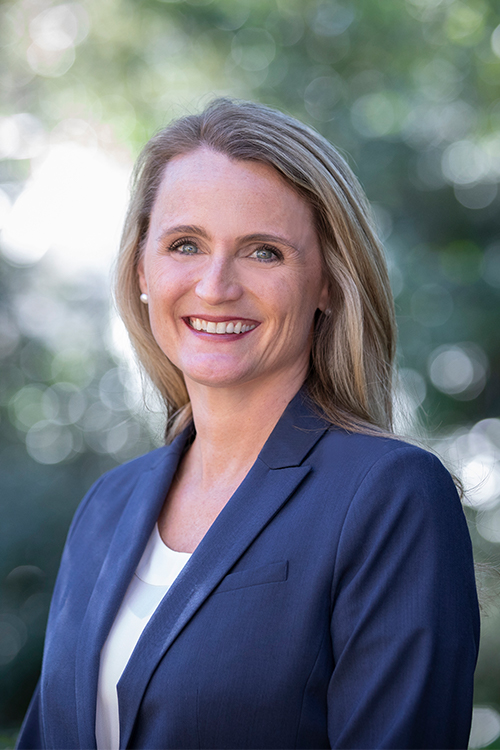 Carrie Robbins, BSN, RN, CCM, serves as a principal consultant for clinical operations on the inHealth team. Carrie brings years of experience in medical management, including case management, disease management, utilization review and population health. Carrie has a passion for developing data-driven strategies to improve the health of populations using evidence-based medicine measures, predictive modeling and risk stratification tools. Previously, Carrie served as director of population health with Conifer Health Solutions. In addition to her years of experience in population health, Carrie has worked in clinical research and critical care. She holds a Bachelor of Science in Nursing (BSN) degree from Texas Christian University and a certification in case management. Carrie lives in Dallas with her husband, Blake, and three sons. 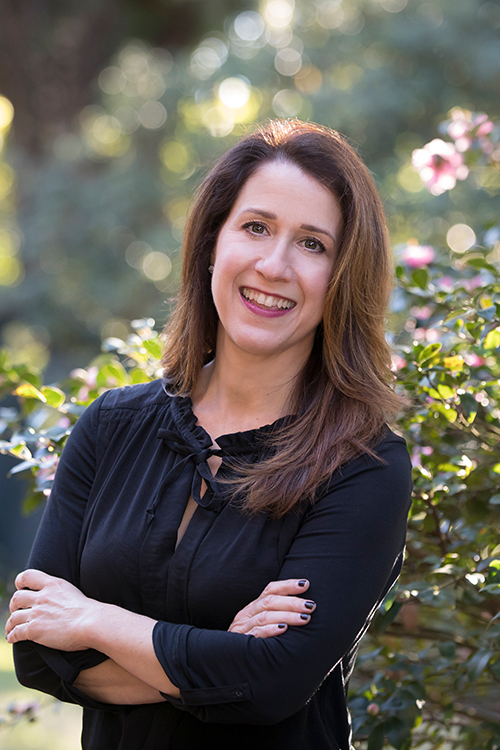 Gwen Bowie manages client services for inHealth Strategies, an Innovation Institute Company. She brings nearly thirty years of experience working in the healthcare industry. Her career includes a vast range of work and knowledge that has contributed to defining patient-centered services and building healthier communities. Gwen spent the last four years in a leadership role at the YMCA of the Capital Area developing and implementing strategies for outcome driven community programs. She served as a Branch Executive and Association Health and Wellness Director. During her tenure, she successfully launched a Diabetes Prevention Program and a Hypertension Program in the community. Prior to her work with the YMCA, Gwen worked at Sheppard Pratt Health System in Towson, Maryland, initially focusing on utilization and care management. She later led the performance improvement, compliance and quality team. During her years of service at Sheppard Pratt, she developed and facilitated cross-department projects related to cultural transformation and process improvement to optimize staff efficiency and customer satisfaction. Gwen is a Louisiana State University alumnus and holds certifications from Pittsburgh Regional Health Institute in Lean Performance and Critical Incident Stress Debriefing. Her energy and love for physical activity motivated her to become a certified exercise instructor and personal trainer. For over 25 years she has enjoyed coaching and inspiring others to meet their mind and body goals. 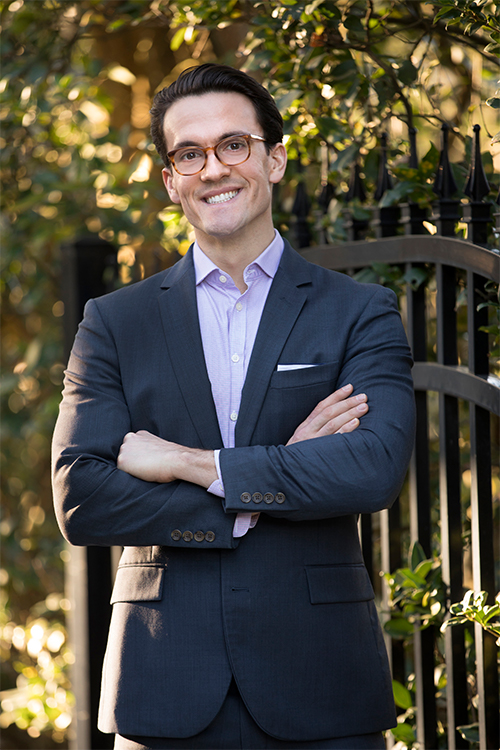 Preston Magouirk is a consultant for inHealth Strategies, responsible for combining rigorous data analysis and meaningful stakeholder partnerships to improve health and educational outcomes. Preston is a former elementary school teacher with extensive training as a quantitative researcher and policy analyst. A Louisiana native, Preston graduated from Tulane University in New Orleans in 2011 before moving to Baton Rouge to join Teach for America. While earning his Master of Public Policy (MPP) degree at Vanderbilt University, Preston also worked as a policy and research fellow and edited an academic research journal. Since 2015, he has worked as a doctoral research fellow at the University of Virginia. He spends his free time studying fitness and nutrition. With an interest in the intersections between education, nutrition, health, and well-being, Preston is equipped with the skills and knowledge to strengthen the overall framework of population health. Preston is a CrossFit Level 1 Trainer in Washington, D.C., where he lives with his wife and dog, Franklin. 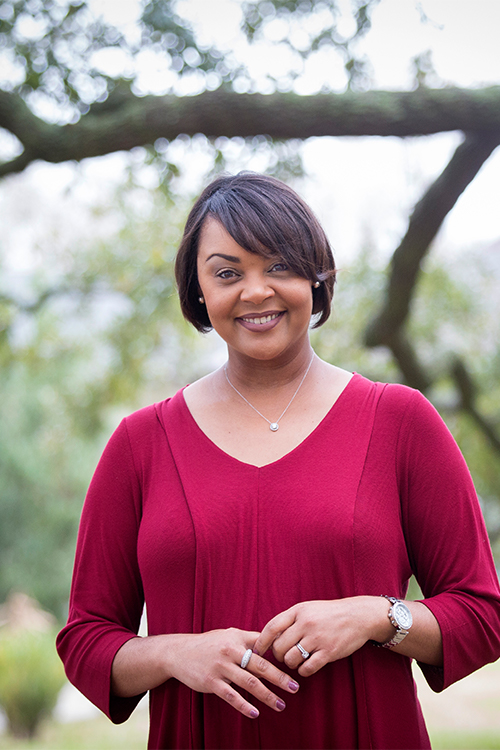 Millicent Aubrey serves as the communications associate for inHealth Strategies, responsible for creating and coordinating the communications output within the company. She brings more than fifteen years of experience in a variety of communication disciplines, including journalism, graphic design and videography. Before joining the inHealth team, Millicent worked as a news producer in Shreveport, Louisiana where she developed content, wrote and produced live newscasts and special segments. She also worked as a district executive for the NORWELA Chapter of Boys Scouts of America, managing communications for her district, developing recruitment strategies and coordinating events. Millicent earned her Bachelor of Arts in Journalism from Louisiana State University, Shreveport in 2004 and followed up with a Master of Arts in Social Sciences and Humanities in 2018. She also has a certificate in graphic design from Louisiana State University, Baton Rouge. Millicent is currently pursuing her Health Coach Certification from the Institute for Integrative Nutrition. In her spare time, Millicent enjoys reading, watching documentaries, cooking and spending time with her husband, David. 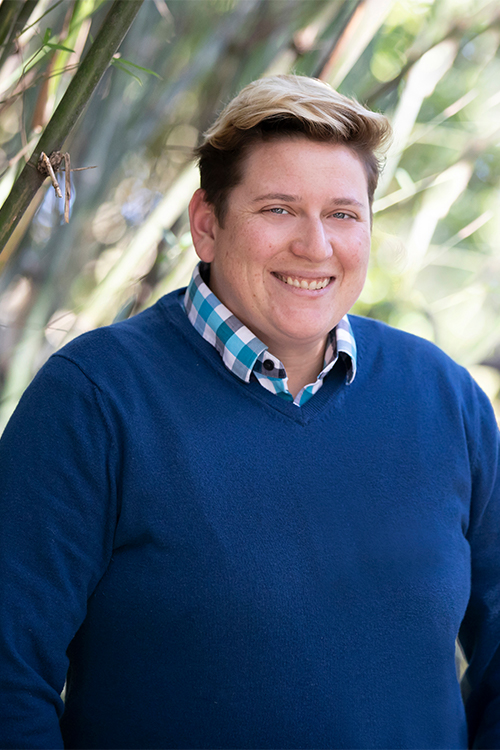 Valerie Split-Log serves as systems administrator for inHealth Strategies, supporting frontline staff’s day-to-day operational needs and backend technology functions to administer their programs. Valerie previously worked as an IT support specialist for the Louisiana Secretary of State’s office where she was responsible for assisting with digital operations and technical support for the Registrar of Voters Office. In 2011, Valerie graduated from William Carey University with a bachelor’s degree in social sciences and history. While in school, she played soccer for the Crusaders, earning conference and regional team honors. Valerie later earned a master’s degree in history from Southeastern Louisiana University. For the past 10 years, Valarie has spent most of her free time coaching soccer at local clubs and high schools. She spent eight seasons assisting the women’s program at Southern University of Baton Rouge. 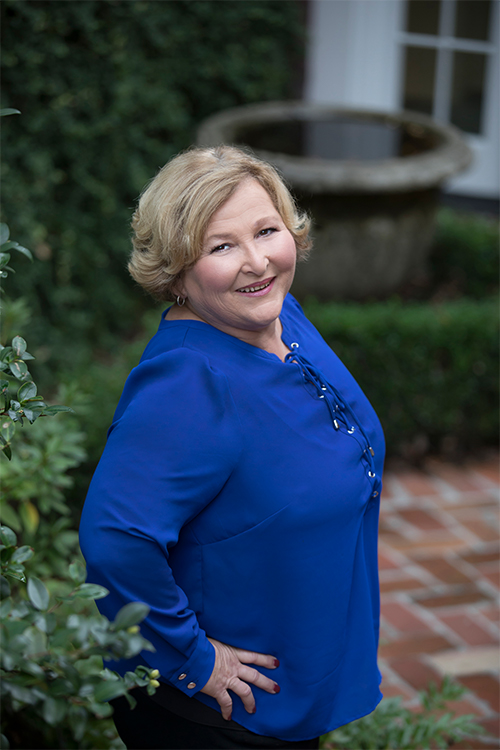 Lisa Split-Log serves as the engagement manager for inHealth Strategies, responsible for back office operations such as human resources, billing, travel and systems security. Lisa has more than twenty-five years of experience in office management and operations. Before joining inHealth, she worked as an office manager at Franciscan Missionaries of Our Lady Health System in Baton Rouge where she successfully supported company operations by maintaining office systems and supervising staff. In addition, Lisa planned and prepared all meeting agendas, presentations and conferences for the board of directors and board committees. Lisa also worked as a paralegal for the health system, managing the legal department’s billing, corporate governance and drafting simple contracts. While working for the legal department, she assisted in the build and implementation of the company’s current legal accounting and governance software program. Lisa earned a Data Entry Certificate from Danville Area Community College in Illinois in 1980. She later obtained her Paralegal Certification from Louisiana State University and became a Louisiana Notary Public in 2014. She is currently earning her Health Coach Certification from the Institute for Integrative Nutrition. In her spare time, Lisa enjoys spending time with her grandchildren, daughter and husband, Dave. She also strives daily to live her best and healthiest life while preparing home-cooked meals, practicing meditation and running.

Our team is a dedicated group of clinicians and population health experts with a passion to improve health care outcomes and deliver results. Contact us today.